 Show submenu
 Hide submenu
Early in the 16th century, at the beginning of Reformation time, future looked good for the evangelical cause in Austria. Soon after Martin Luther and others had published in writing the evangelical way of thinking through sermons, theses, devotional books and other publications these ideas reached the area of what today is called Austria. As soon as January 12, 1522, Paul Speratus proclaimed evangelical principles in Vienna’s St. Stephens cathedral. By the end of the 16th century two thirds of the population have been „infected“ thereby.

At that time a systematic counter-reformation was started in the area of the Habsburg dynasty. Evangelical preachers and teachers had to leave the country, evangelical churches were destroyed, books and writings burned. Citizens as well as farmers had to choose between emigration or return to the Catholic Church. For more than three generations they had to decide for their faith or their homecountry. Thousands chose to emigrate, many turned back to Catholicism and some took a third position: officially they became catholics again, yet in their heart they stayed Evangelicals. A „secret Protestantism“ was able to survive for decades to come mainly by withdrawing to the hardly accessible valleys in the mountains of Carinthia and Upper Austria. There people were smart in placing Bibles and Collections of Sermons in many hiding-places. In this way evanglical faith was forced into privacy.

During this period of persecution evangelical worship services were allowed only in Vienna: Lutherans met in the Swedish and Danish Embassy Chapels, while Reformed Christians met at the Dutch Embassy.

From toleration to equality of rights

In the course of history three laws gained momentum for Evangelicals in Austria.

1. The deed of Tolerance

Emperor Joseph 11. – a personality typical for the period of enlightenment – did not want to see the „scenes of abominable intolerance“ continue in his empire. 1781 he enacted the „Toleranzpatent“ (Deed of tolerance), which under certain presuppositions gave official assurance to the evangelical way of living. The building of a chapel („House of Prayer“) was granted in places where 100 Evangelical families could be listed. However, these building were not allowed to be identifiable as churches from outside. No direct access from the street was permitted. The right was granted to appoint pastors and teachers. lt meant a great deal for evangelicals that from now on they could become masters, gain the rights of citizens and enrole at universities. Betwenn 70.000 to 80.000 people living in the area of today’s Austria confessed to be Evangelicals. The former „secret Protestants“ turned out to be the basis of the new Evangelical Church in Austria.

80 years later Emperor Franz Joseph I. granted complete freedom of confession and public practice of religion to Evangelicals in Austria by signing the „Protestantenpatent“ (Deed of Protestants) in 1861. Now Evangelicals were entitled to govern their matters by themselves and to form associations. They were even alloted a certain annual contribution out of national funds. As it is true of Jews so have Protestants in Austria – Lutheran as well as Reformed Christians – contributed over centuries to areas like politics, economy, science and culture. Since 300 years their share in these fields was way beyond one would have expected as one looked at their proportion of the total population.

The dramatic decades around the turn of the 19th to the 20th century brought about a rush of new members to the Evangelical Church in Austria. Yet the development endangered the existence of the church, both from within as from without.

Many people left the Catholic Church (so-called „Free from Rom“ movement) and joined the Evangelical Church. Their motivation, however, was rather opposition to a political Catholicism than a desire for deeper understanding of the gospel.

Next to this enormous increase of members the ideological trends of the thirties brought about a severe time of testing. „Faith or Homecountry“ became an alternative in a new critical climax. For many and for much it was too late, when it was relized that the slogan „Heim ins Reich“ by no means was a return to the motherland of reformation. For sure, there were a few men and women who raised their warning voice and offered resistance, yet the church as a whole did not follow their way. Only shortly did these experiences of error, guilt and failure during that time bring about public confessions. Before this the church was rather motivated to withdraw from politics and society. This time the church was forced into a private ghetto by Evangelicals themselves and took her stand offside public, social and political life.

Today the relationship between the state and the Evangelical Church is regulated by the „Protestantengesetz“ (Law for Protestants), enacted by the Austrian Parliament in 1961. „A free church in an free state“ is the motto which ensures unrestricted selfindependence for both institutions, yet at the same time offers room for good cooperation in many ways. 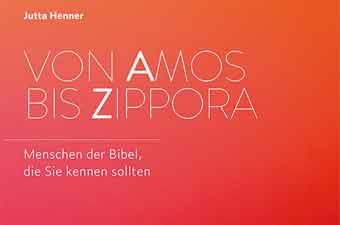 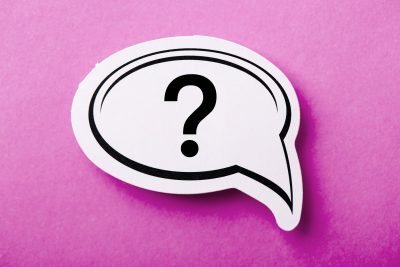